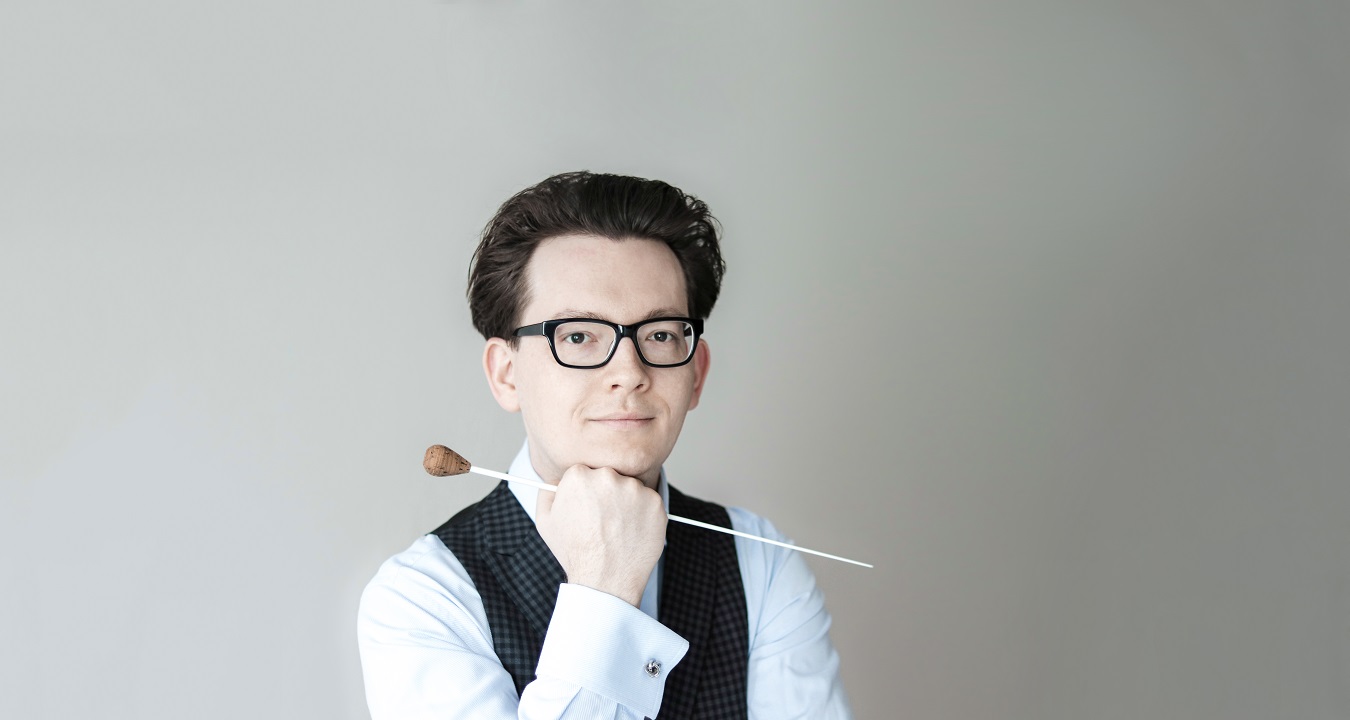 "... When working he is focused and determined, he perfects the accentuation, tightens the pace, emphasizes orchestral differentiation and sophistication. ..." reported the Bavarian broadcasting station BR-Klassik, while accompanying Mateusz Molęda's rehearsals with the Nuremberg Symphony Orchestra on a concert tour to Poland. In recent seasons he continued his successful collaboration with the orchestra in many concerts in various German cities and at the Meistersingerhalle in Nuremberg.

During season 2020 / 2021, Mateusz will make his debut with the Dresden Philharmonic and the London Mozart Players. Furthermore, he intensifies his collaboration with the Odense Symphony Orchestra conducting concerts in Denmark.

Over the past years, Mateusz has received important musical impulses from his mentor Marek Janowski, for whom he worked by personal request also as assistant with the Berlin Radio Symphony Orchestra, the Dresden Philharmonic and the Frankfurt Radio Symphony Orchestra. By sharing his varied experiences, Maestro Janowski has profoundly influenced the artistic development of the aspiring young conductor in the spirit of the traditional German conducting school.

Season 2018 / 2019 marked among others Mateusz’s debut in Denmark, conducting the Aalborg Symphony Orchestra and the Aarhus Symphony Orchestra in programs of works by Schumann, Rachmaninov, Debussy and Hindemith and also the world premiere of the Concerto for Hammond Organ by Anders Koppel. Further invitations led him to the Carl Nielsen Academy Orchestra.

Undoubtedly Mateusz is one of the most interesting and remarkable personalities among today’s young developing orchestra leaders. Ever since his first appearance as a conductor aged just 19, he has surprised his audiences and critics alike with very mature interpretations of discerning concert programs. Analysing seriously both the music and the composer, it enables him to provide fascinating musical perspectives and express deep thoughts on music of various styles, to then display an exciting presence and energetic conviction on the podium.

Born in Germany, Mateusz grew up in Dresden. During his early training, he studied the piano at the Hochschule für Musik, Theater und Medien in Hanover with Professor Arie Vardi, one of the most distinguished musical pedagogues of the world and permanent conductor of the Israel Philharmonic Orchestra. As an accomplished concert pianist Mateusz performed in more than 25 countries around the world. He released several CD recordings and collaborated with some of the finest European orchestras in major music venues like the Berlin Philharmonic.

The son of a Polish soprano and tenor who performed leading roles at the Semper Opera Dresden, the Deutsche Oper Berlin and the Komische Oper Berlin for more than a decade, Mateusz encountered music theatre at an early age. He has an extensive operatic repertoire, which he continually expands also with rarely performed operas. His symphonic repertoire includes works from all musical periods, especially all symphonies by Beethoven, Schumann, Brahms, but also rarely performed pieces like Karl Amadeus Hartmann's 6th Symphony, Florent Schmitt's symphonic cantata Psalm 47 and Henri Dutilleux's Métaboles.