date: Since 2018 place: World In progress 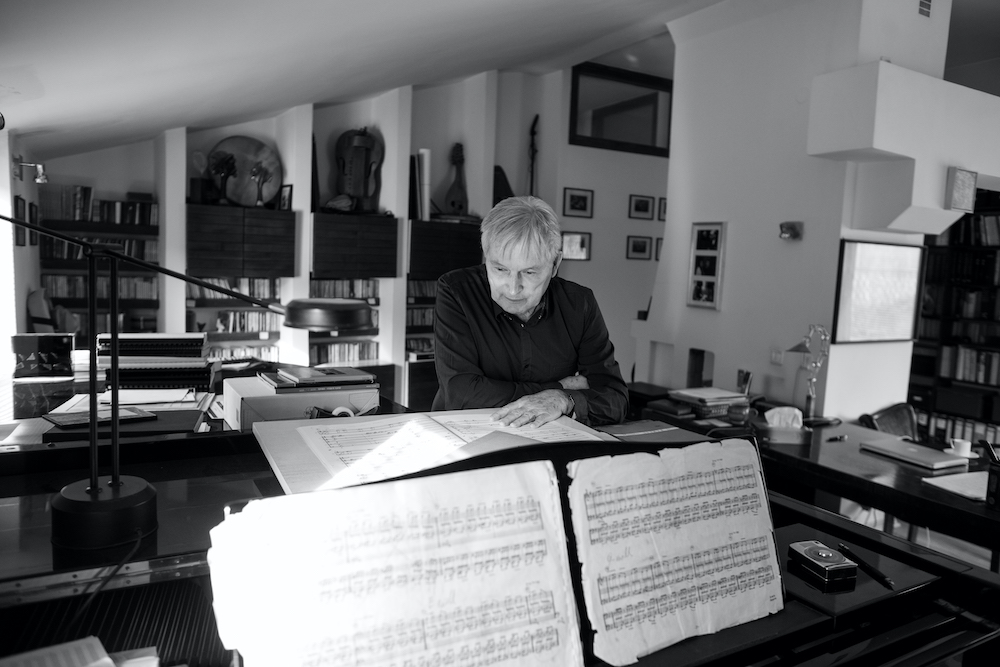 Composer and pianist. He divides his work into four categories: the first is unistic (unitary) music inspired by the paintings of Władysław Strzemiński; the second - spatial compositions performed in specially constructed interiors; the third - "music about music", characterized by the presence of allusions and quotes; the fourth is subjective, deeply expressive "music of returning to the roots”. He is the author of 7 operas and over 100 orchestral, chamber and solo compositions.

As a concert pianist, he performs on the most important stages in Europe, the Americas and Asia. In 1967 he founded the band Warsztat Muzyczny, which he managed for 25 years and for which over 120 works were written by leading composers from around the world.

He gives master classes and lectures at universities in Japan, South Korea, China, USA and many European countries. He sat as a juror in over 50 international composers' competitions. At the invitation of Pierre Boulez, he became an artistic advisor at IRCAM. In 1987–90 he was the president of the International Society for Contemporary Music, for two decades he was the chairman of the Polish section of this organization.

He received an honorary doctorate from the National University of Music in Bucharest (2013) and the Academy of Music in Łódź (2015). He was awarded, among others, the French National Order of the Legion of Honor (2007) and the title Chevalier dans l'Ordre des Arts et des Lettres (1984), and in Poland the Knight's Cross - The Order of Polonia Restituta (2014) and the Gold Medal for Merit to Culture - Gloria Artis (2010). He is an honorary member of the Polish Composers' Union, the Witold Lutosławski Society, Polish and International Society for Contemporary Music.