date: SINCE 2019 place: World In progress

The stimulus for the music of 24 Caprichos de Goya is a collection of etchings, 80 in all, by the great Spanish painter Francisco Goya y Lucientes. They are monochrome prints, and border on caricature. Their usual subject is the frivolity of social and amorous relationships, with sudden sharp excursions into the tragedies of life.

The composer organized his settings so as to begin and end with the painter. The opening movement is based on Goya's self-portrait, in which he shows himself as something of a vain dandy, and uses a musical motive based on Goya's name. The final movement depicts the love affair between Goya and the Duchess of Alba. Since this etching features mirror images, this final movement is in the form of a mirror fugue, in which the "Goya" motive returns.

As Mario himself reported in his memories, the composer never thought that the whole cycle could be played in a live concert, due to the great technical difficulties that it puts the interpreter through. Even nowadays, although several recordings are available and the technical level has increased enormously over the past half century, a concert with the whole cycle as program is still an incredibly new and unique occasion for the audience.

Having studied and dedicated myself completely to the music of Mario Castelnuovo-Tedesco for years, this project is an occasion as few others to display the artistry of the Italian composer to the audience, even to those already familiar with his music. The cycle, being composed in the second half of the life of Mario Castelnuovo-Tedesco and terminated just 7 years before his death, represents his most mature compositional abilities and well describes him.

The importance of this projects relies therefore into its unicity. The premiere of the project took place in 2018 - the year of the composer’s 50th anniversary of death - what brought an enormous amount of people to get acquainted with his music due to the worldwide celebrations. 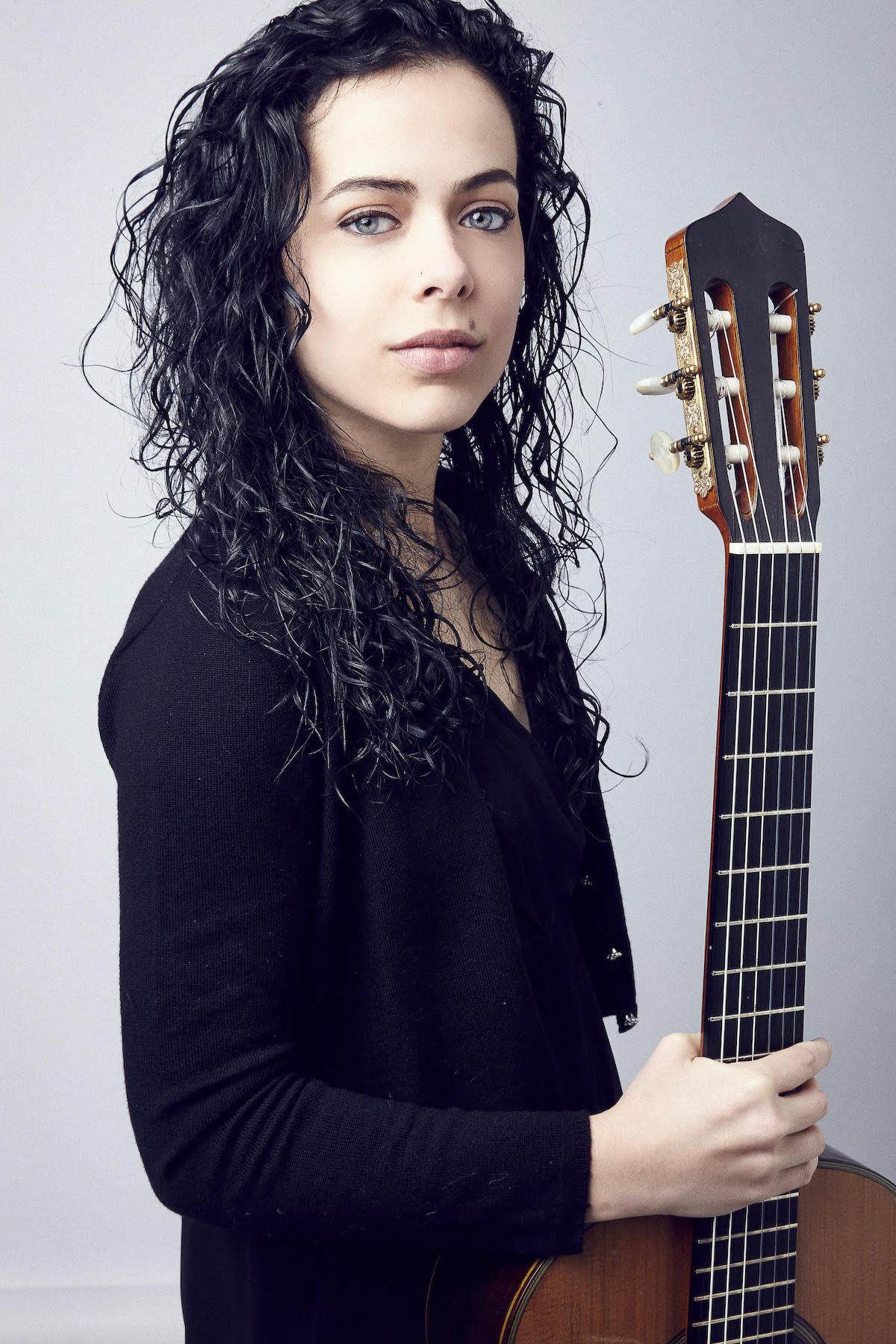 “Uncommonly gifted with a considerable talent, among the rising stars of the guitar firmament” – Oscar Ghiglia

Renata Arlotti begun studying classical guitar in her home town of Sassari, before continuing in Milan under the guidance of virtuoso Lorenzo Micheli.

She obtained her Bachelor’s Degree from the Conservatoire de la Vallée d'Aoste, graduating with highest honours, and a Master in Music Performance, from Conservatorio della Svizzera Italiana in Lugano with Lorenzo Micheli. A few months later Renata was admitted to the prestigious Royal Academy of Music in London and graduated under the guidance of Michael Lewin, David Russell, and Fabio Zanon.

At the same, she attended the Accademia Musicale Chigiana in Siena with Oscar Ghiglia always being awarded the Diploma of Merit for the academy’s best students.

She has a regular solo career that brought her to play in Italy, United Kingdom, Switzerland, Germany, Spain, France, USA, Japan, Iran.

Defined "a musician with great sensitivity, with depth of sound and great variety of timbre" (La Nuova Sardegna), Renata recently released her debut CD for the record label "Stradivarius", in a project titled "Suites and Homages" dedicated to composers Vicente Asencio and Mario Castelnuovo-Tedesco. The CD has been praised by the critics, receiving enthusiastic reviews and awards.

The young musician plays on two guitars made by the Florentine luthier Andrea Tacchi.