The Around Panufnik project was born out of the idea to celebrate the 100th anniversary of one of the most prominent Polish composers of the 20th century – Sir Andrzej Panufnik. Three outstanding young musicians from Poland –  Anna Maria Staśkiewicz (violin), Bartosz Koziak (cello), and Jakub Tchorzewski (piano) prepare two special programmes putting Sir Panufnik's pieces in the context of the music of his fellow-composers: 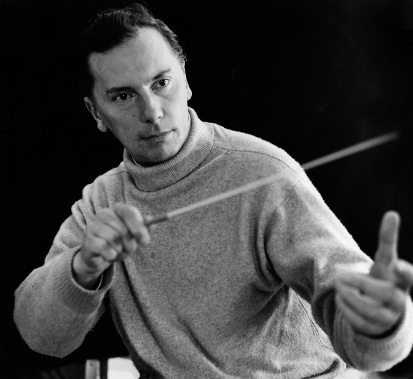 Presence of pieces by Witold Lutosławski in both programmes seems to be a natural choice when considering close relationship and friendship that has bounded the two composers. Roman Palester (1907-1989), just as Panufnik and Lutosławski was considered after death of Karol Szymanowski as one of the most promising Polish followers of “Karol of Atma”, and just as Andrzej Panufnik he decided to leave Poland in order to protect his artistic freedom. The youthful Sonata for violin and piano, op.9 by Karol Szymanowski is a salute to “the greatest after Chopin” and at the same time a link between the 19th and the 20th century music. A choice of the rarely performed Piano Trio, op.8 by Fryderyk Chopin aims to display a continuity between the music by the romantic genius and the work of Sir Andrzej Panufnik. It is worth adding that just as we know Chopin's music through his piano pieces, we know Panufnik first of all from his ten Symphonies and five solo Concertos. The Around Panufnik project will be then an excellent occasion to hear Trios written by both composers. Last but not least, Sir Andrzej Panufnik's music remains a great source of inspiration, also for young composers – therefore we have decided to commission a tribute piece by Toruń-based composer, Michał Ossowski (born in 1984).