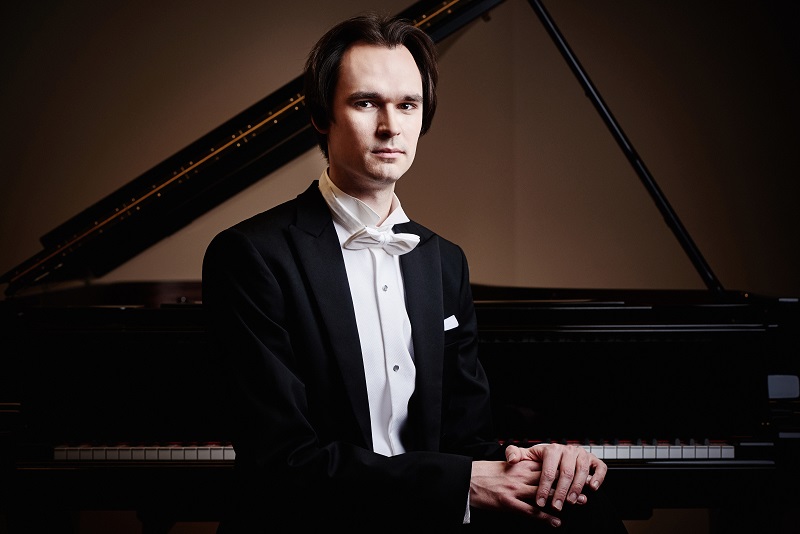 Mihkel released his debut CD recording entitled "20th Century Piano" on the Ondine label. His second CD was released this Autumn by label DUX. Featuring works by Enescu, Bartók, Tüür and Kõrvits it received the prize "Best Estonian Classical Album 2016". In 2017, Mihkel Poll recorded and released album together with his sister Mari: it features works for violin and piano by Enescu, Poulenc, Schoenberg and Tüür.

Mihkel Poll has nominated the Estonian Cultural Endowment Award (2004) and Young Cultural Figure Award of the President of Estonia (2013).

Mihkel PolI is an interesting and original musician with superb technical skills, who is able to perform the most complex pieces with artistic supremacy and musical freedom ...

Mihkel Poll is a unique phenomenon in Estonian pianism. His enjoyable virtuosity and ability to easily overcome the difficulties of the most demanding pieces of piano literature is astonishing.
Muusika Magazine

One is truly grasped by the sound and formal conception of Gaspard de la Nuit by Mihkel Poll. The serenity of Ondine flush with emotion, combining the transparency of texture and sensuality of curves at the same time. […] all those qualities by this young pianist playing with force and elegance, should make him win international scenes very soon.